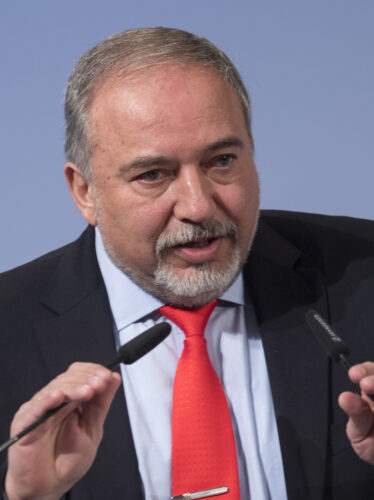 A former editor of the Jerusalem Post today confessed his puzzlement on what Avigdor Lieberman is up to.  As some of my readers know, Lieberman prevented Benjamin Netanyahu from forming a government. For this, the Prime Minister vilified him as empowering the left and derided him for not supporting him to form a rightwing government.  Was he just playing politics? Was it a lust for power? We cannot know the motives, and contrary to the press and the politicians who oppose him, we will not engage in slandering him for his motives. Contrary to the editorial, there is a case that the Lieberman, the leader of Israel Batainu (Israel our Home), a Russian Jewish orientated party, is following real convictions. Were his motives as white and pure as newly fallen snow, it could be quite rational and principled for him to oppose the Prime Minister and to let his government fail to form.  Besides the severe critique of Lieberman, the Prime Minister derides the Blue and White, the main opposition party as leftist. How can this be the case since the leaders are former military leaders, one of whom is Boggie Yaalon, the former defense minister under Netanyahu who was replaced so that Netanyahu could bring Lieberman’s party into the last government in part by offering him the post of defense minister. Politics is really strange! Much of the criticism of Netanyahu by the Blue and White is that the Prime Minister has been too weak in fighting the terror of Hamas in Gaza and Hezbollah in Lebanon.  This hardly sounds leftist! Blue and White puts forth other policies that are not that different from Likkud. In fact, they are open to being in a government led by Netanyahu’s party, Likkud, if Netanyahu does not lead it. They have said they will not be in a government led by a leader who will probably be indicted for graft. The claim of their being leftwing is that to form a government they will have to include parties on the left. Again, how strange since Netanyahu recently offered to the Labor Party a place in the government! Is your head spinning yet?

Back to Lieberman. There is a real question as to whether even after the next election, Netanyahu can form a government without Lieberman.  Lieberman’s primary issues have to do with the domination of the Ultra-Orthodox, and Netanyahu’s submission to their demands. This includes several very important issues, so important that we should give Lieberman a break on questioning his motives.  Here is his list.

Well, this is certainly a large enough list to not require questioning the motives of Lieberman.  When the next election comes, the key will be the votes that Lieberman and his party get and the number of votes that go to the rightist parties and the Ultra-Orthodox.