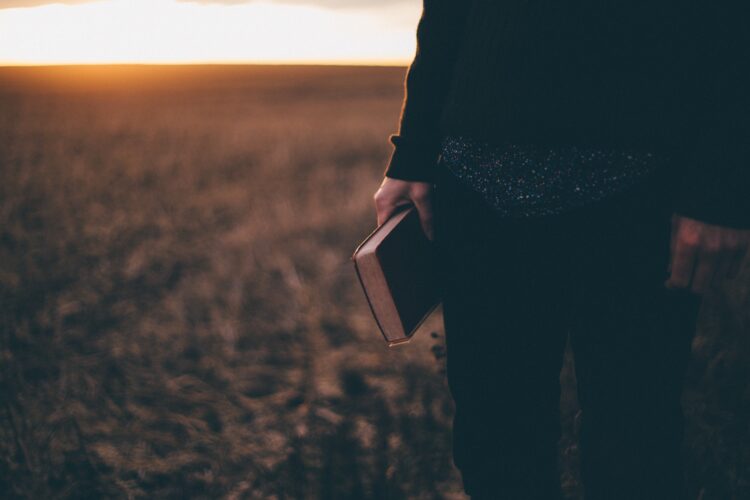 Sometimes we try to convince people of the way of the Gospel by showing them that those who live according to the Bible live the most fulfilling lives.  I think this is true.  I believe that sociological studies that would follow people over a long period of time would find this to be definitely true.  However, the standard for such a study would be solidly committed believers with clear markers of commitment.  This would not work if nominal believers were part of the study.  Some years ago, Redbook Magazine did a study of sexual fulfillment and found to their astonishment that those in committed traditional marriages had by far more fulfillment than others.   However, it is quite amazing that the Bible does not much appeal to this argument for faith.  Yes, there are verses that say a better life ensues when we are submitted to God and follow Yeshua.  “I have come that they might have life and have it more abundantly.”  (John 10:10b)

The biblical arguments are stark. First, it argues that we did not create ourselves. We find ourselves in a world where we are taught standards of right and wrong and know that we have violated those standards.  The idea of being in danger from the judgment of the creator is a foundational biblical theme.   If there is life after death, how can we assure a positive after life destiny.  It would seem that the possibility of everlasting life is so serous a matter that resolving whether or not we believe in life after death and where we will end up in that state would be the most important question that we can ask.  The New Covenant Scriptures promise the most positive destiny for those who find love and forgiveness of sins through Yeshua’s sacrifice.  The promise of the Bible is resurrection life in the Age to Come on a renewed earth.  It is quite contrasting to the nebulous hope of Hinduism (and more popular Buddhism) and its escape from karma.  It is closer to the hope in primitive religions that present a more concrete hope.  The famous mathematician Blaise Pascal was famous for his argument for faith called, “The Wager.”  Pascal argued that one should wager on the biblical faith being true and commit one’s life to it.  If one is wrong and there is nothing after, one has lost nothing, but if the Gospel is true, then the loss is total and terrible.  There is merit to this wager.  Indeed, there is no more concrete hope and evidence than for Biblical faith so wagering for it is a better bet than for other religions.  Settling the question of our eternal destiny is the very most important issue. There was some level of the fear of God in the culture which made this argument more persuasive.

The second most important issue is how we should live this life in this world.  After devotion to God and his people, the most important matter is to pursue justice motivated by love for others.  This is the continued theme of the prophets.  The pursuit of justice is the pursuit of the order in society of the greatest destiny fulfillment for the greatest number.  However, the first justice issue, that often not recognized, is the presentation of the Gospel with power.  The Gospel itself is the “power of unto salvation,” and has the power to lift people out of their bondage and the systems of injustice.  Salvation includes that wonderful after death existence but is also includes a purposeful life in this present life  Hence Luke 4 and Yeshua’s announcement of the Good News as providing liberty for the captives, the great reversal.   Economic issues and other social disparities in our society are important but of much lesser importance than providing the Gospel.   Pursuing justice therefore is first of all to bring people to the knowledge of the truth and the unlimited power of God to lift people out of their negative circumstances.

The other matters of justice are also important; economic opportunity, educational opportunity, equal treatment under the law, religious feedom, and overcoming all racism.   A follower of Yeshua pursues all of these matters but pursues the spread of Gospel above all.